Chicago Med star Brian Tee previews his character's return to the ED in this week's episode, which also digs into Choi's past.

Sharon Gless tells her incredible story in Apparently There Were Complaints

Cagney & Lacey icon Sharon Gless has released her book Apparently There Were Complaints, and tells Crime-TV.com all about the memoir. 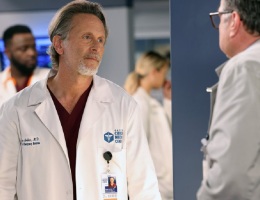